Pak Powder | Animal | Natural Therapeutics
True
We are bringing you a new and improved website, shopping experience and rewards program,
please be patient with our beta site.
Sign in 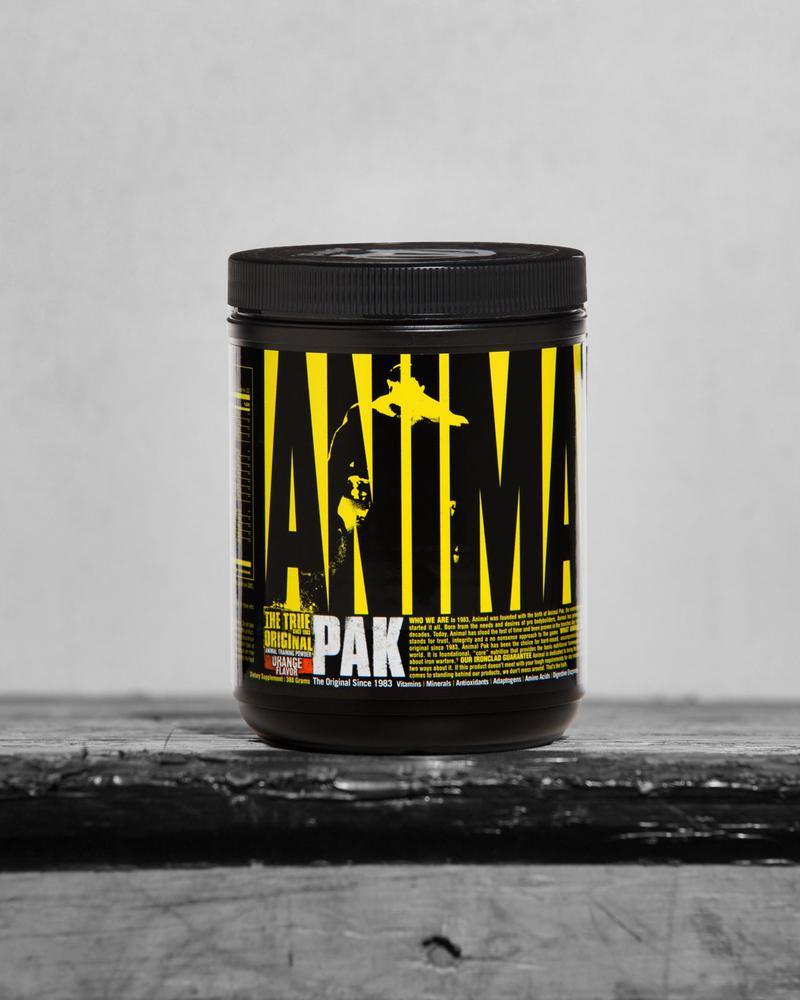 If you're training or dieting hard for a contest, the first thing that happens when you don't take the Animal Pak is that nutritional gaps begin to form. Why should you care? Because over time, these deficiencies continue to grow. Eventually, your body will stop functioning at its optimum level. In other words, you hit the wall, your development reaches a plateau. In fact, even if only one key nutrient is missing from your diet, your body could shut down the anabolic drive needed to build muscle so that it can support more critical metabolic processes. When this happens, you stop growing.

Research has proven that strength athletes such as bodybuilders and powerlifters, due to the intensity and frequency of their training programs, have higher nutritional requirements than regular athletes. Studies have shown that these unique needs are greatly increased for bodybuilders who regularly compete and need to diet down. During calorie-restricted diets (diets which tend to be repetitive and monotonous, e.g., rice and chicken), the potential for nutritional deficiencies increase dramatically. More alarming is the fact that championship-caliber bodybuilders, even when supplementing with a regular multivitamin, were still experiencing significant nutritional deficiencies. A basic multivitamin supplement won't be enough. Competitive bodybuilders know that a superior multivitamin is the first line of defence. This fact is confirmed by studies which have revealed that 100% of Olympic weightlifters and over 90% of competitive male and female bodybuilders use a vitamin/mineral supplement like Animal Pak. These nutritional gaps not only affect your performance and size, but they begin to impact the way your other supplements work. For many of today's supplements to work efficiently, your body needs to be running on all cylinders. Nutritional gaps mean that your supplements may be rendered ineffective. For example, many supplements rely on enzymes and other substances in your body to "activate" them. Poor nutrition means poor conversion and activation of expensive supplements. Animal Pak is your insurance policy to prevent this from happening. With Animal Pak, you get plenty of everything you need. And a few extras. Animal Pak features performance optimizers such as pyridoxine alpha-ketoglutarate (PAK), carnitine, lipotropics, L-arginine, alpha lipoic acid, eleuthero, and the like. In every pack, you get a vast arsenal of over 60 key ingredients that are delivered in the right amounts at the right time, every time. Each of the 11 tablets included in each pak has been specifically formulated to deliver the goods.